The Dolomites:
a heritage to protect

Alta Badia is not only nature, however this is one of its wonders. Nowadays, the valley is the result of thousands of years of history and of the relationship between man and the mountain. The history, the traditions of the inhabitants are evidence of the ability of the Ladins to adapt to the Dolomite ecosystem. Today, the Dolomites, which have been included among the UNESCO World Heritage Sites in 2009, are a crossroads where ancient rituals and the drive towards modernization meet. A reality that deserves to be discovered, with a simple walk in the villages of Alta Badia, with its buildings, or by visiting its museums, such as the one in San Cassiano, dedicated to the prehistoric bear of the Dolomites, and the one in San Martino, which illustrates the history of the inhabitants of Val Badia from prehistoric times to the present day. 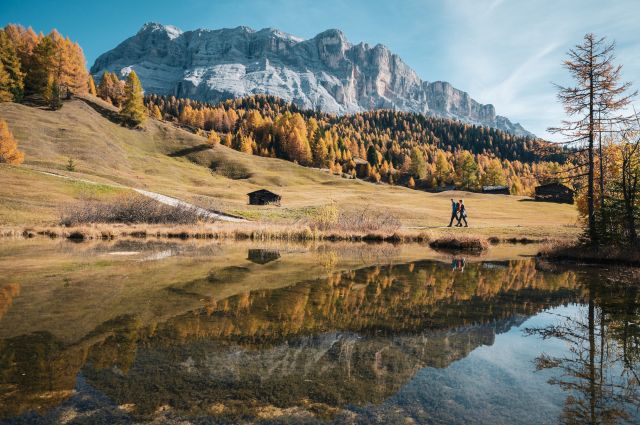